posted by Edison on Thursday 1 April 2021 in Charts

This month's stats are based on elapsed clock time for all songs played in FATpick during March 2021. ("Clock time" as opposed to "media time". I.e,. playing a song at 1/2 speed accounts for twice as much clock time as playing a song the full tempo.)

Play time for all tracks are aggregated into the song total. 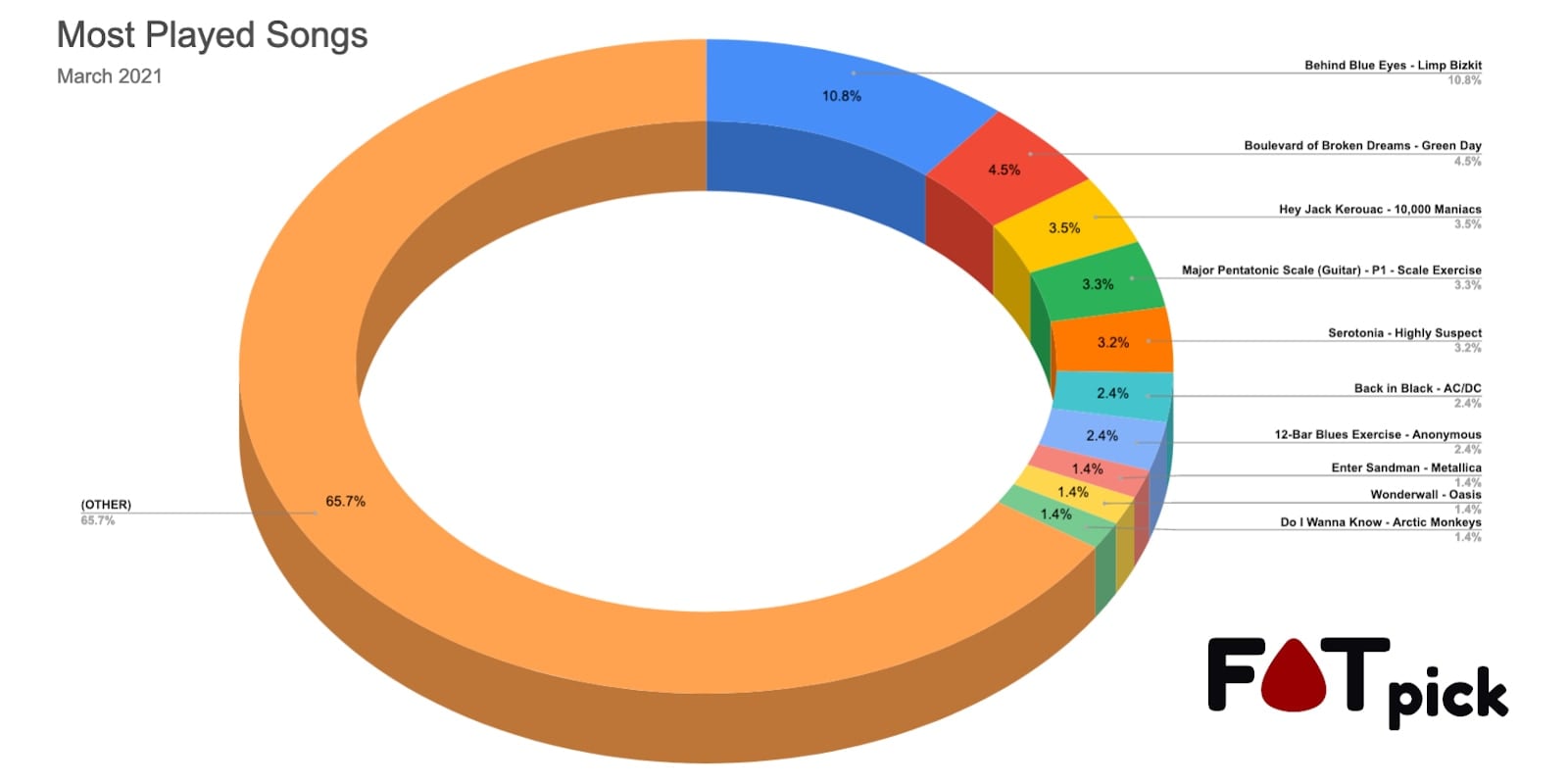 Despite 7 new entries in this month's top 10 Limp Bizkit holds on to the top spot with Behind Blue Eyes.

FATpick's song catalog is growing steadily. Over 200 tabs were shared this month - 150% more than the previous month's total. This is probably a factor in the 70% month-over-month churn in the top 10 songs.

Here are the 10 most played songs (by clock time) that were added in March of 2021. I think you'll agree they demonstrate a pleasing diversity of genres, styles and time-periods.

Note that we haven't pro-rated or normalized play time based on when in the month the song was first imported. A song that was shared on March 1st has had 30 days to accumulate plays, while a song shared on the 30th has only had one day.

Also see more posts by Edison or tagged Charts.
Or, visit the tag index, or view the latest posts.