posted on Thursday 29 April 2021 in Release Notes and Fretboard

Version 2.4.1 adds a new "playable" version of the fretboard note chart (and a handful of other minor changes).

You can get the latest version of FATpick right now - free for MacOS, Linux and Windows PCs - from fatpick.com/get.

The fretboard note chart - accessible via the Tools menu or directly from the song player during game play - maps the location of each note on the neck of your guitar for a given tuning. Each fret on each string is color-coded and labeled with the note that is played at that location. 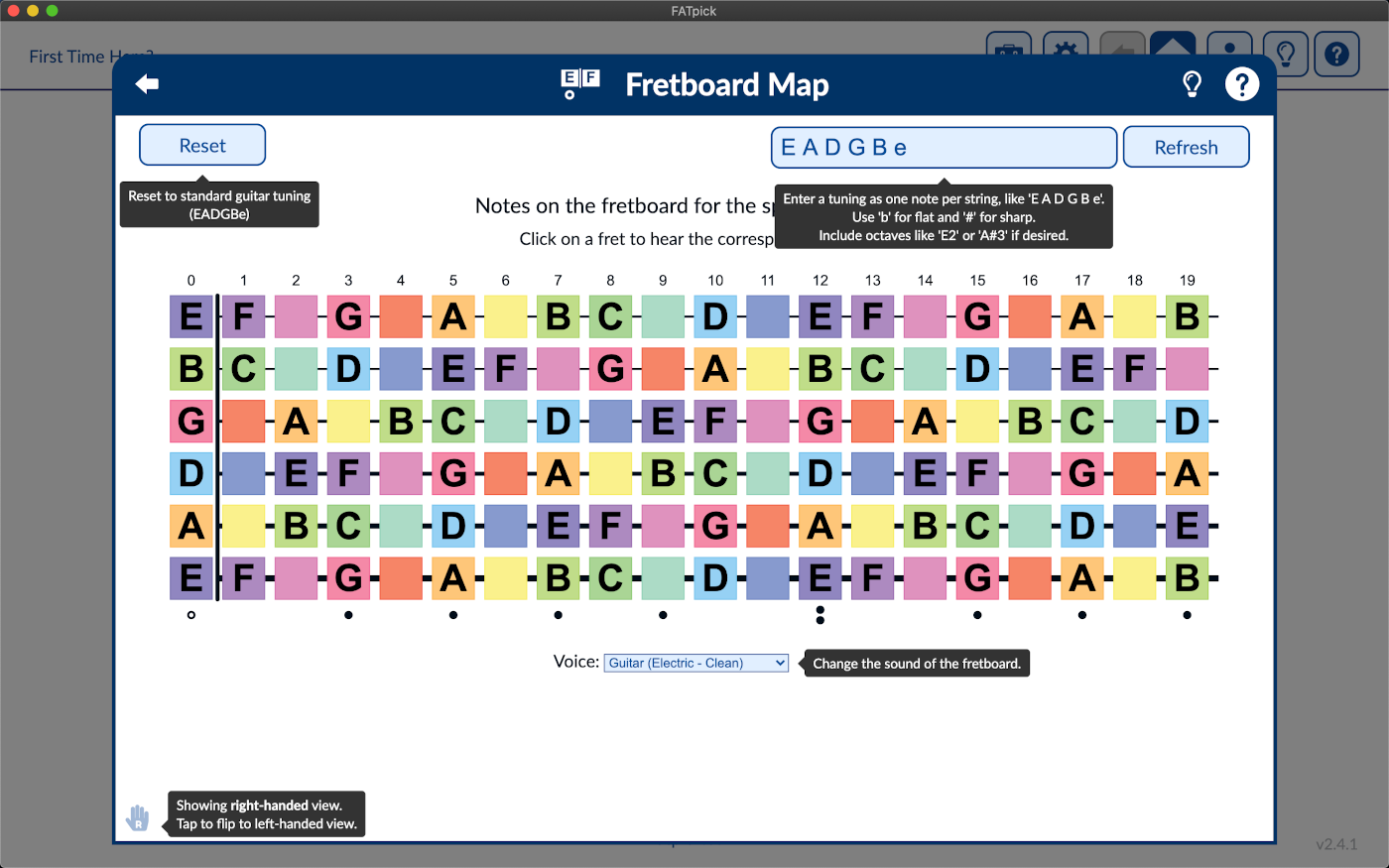 When opened from the link on the tablature viewer, the fretboard for the instrument and tuning of the track you are currently playing is displayed. When accessed via the Tools menu, the chart can be customized to display the fingerboard for any instrument, in any tuning, by simply entering an arbitrary tuning descriptor - like EADGBe (standard 6 string tuning) or D2 G2 B2 D3 G3 B3 D4 ("Open G" tuning on a 7-string guitar) - into the field provided. 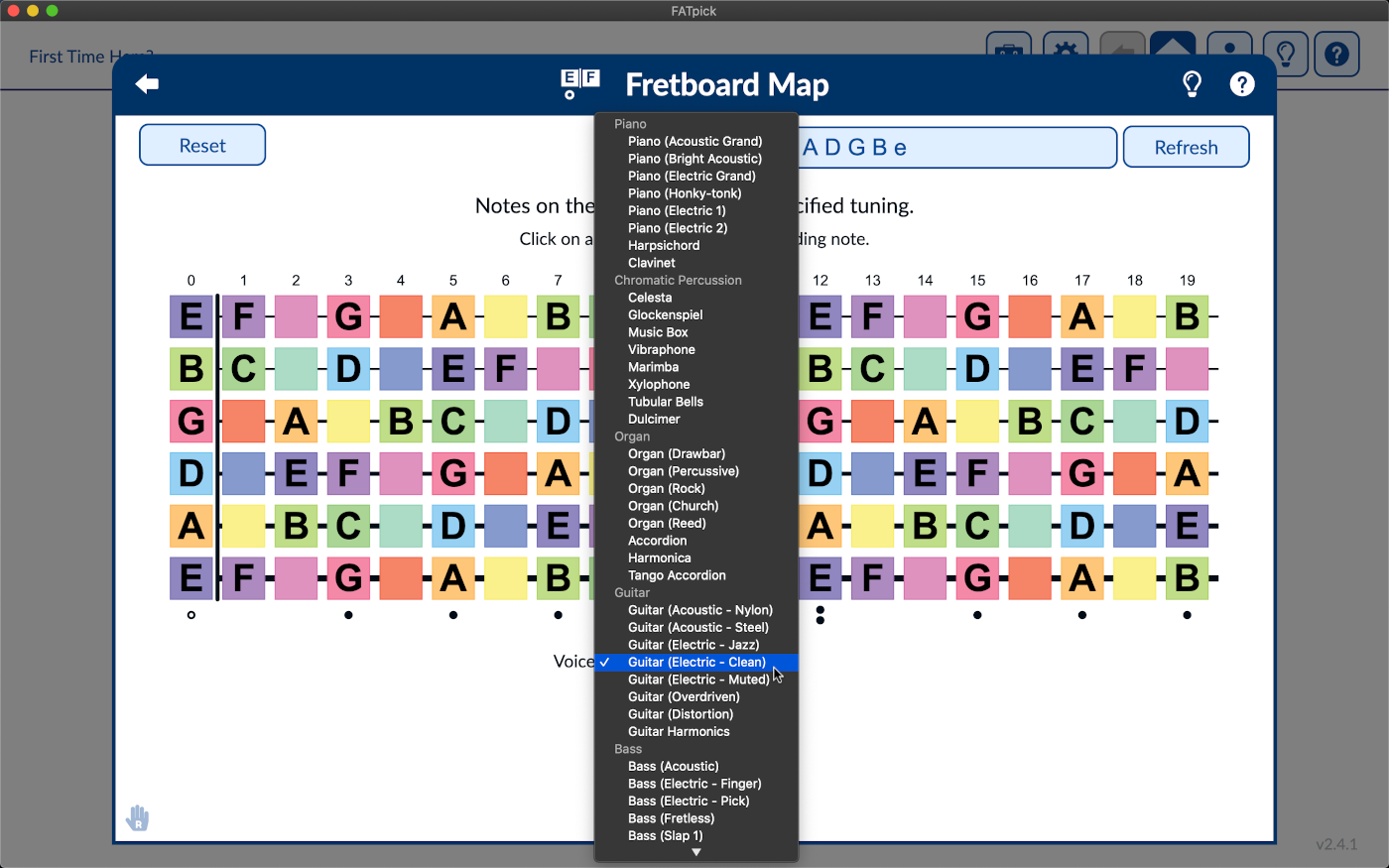 Release 2.4.1 makes the fretboard diagram playable: Clicking on (or dragging the cursor across) any fret box on the chart will play the corresponding note. The instrument used to "voice" the notes is determined by the individual track or tuning by default, but can be instantly changed to any of more than 100 virtual instruments with the use of a handy drop-down menu.

See this blog post for more information about the new fretboard diagram features.