FATpick 2.5.3 for Windows and macOS was released on 28 January 2022. This release adds the ability to print any tab for offline use, improves the tab difficulty estimation used to search, filter and score songs, and includes a handful of other minor changes and bug-fixes.

You can print the full tabs - or export them to a local file - for any playable track of any song in FATpick.

Simply open the tab you want to print and click the Print Tab button in the song details header.

Rather then the side-scrolling tab view found in the interactive in-app player, the print version of the tab is uses a hybrid of tablature and stave notation designed for static (offline) viewing. 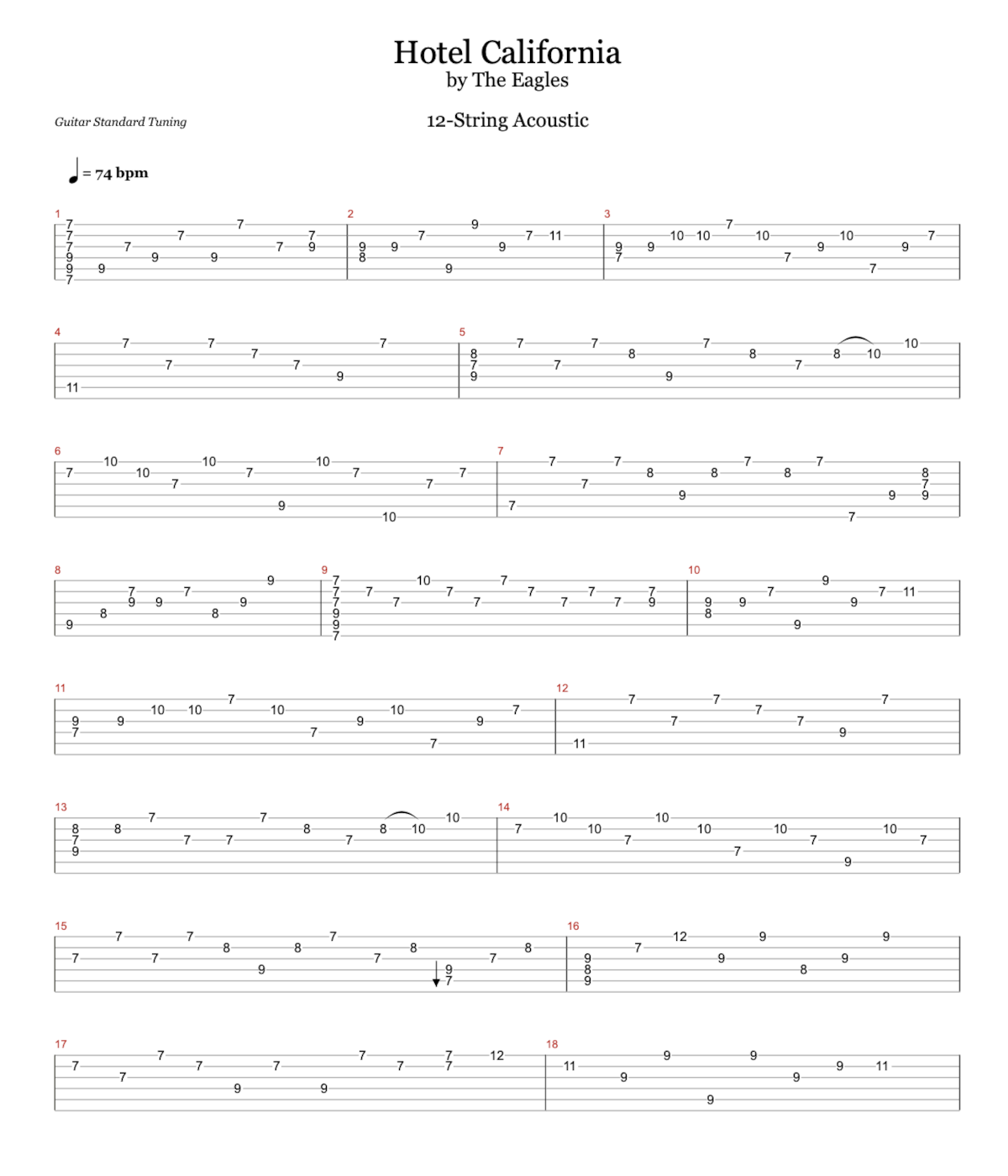 First page of Hotel California by the Eagles transcribed for 12-string acoustic guitar. Click to download the full tab for this track as a PDF document. Hit the Print Tab button on the tab player to generate a similar rendition for any song in FATpick.

See "Printing and Exporting Tabs from FATpick" for more details.

The track difficulty rating is an estimate of the complexity or level of skill needed to play a tab on a 5-point scale from Beginner to Expert. This release introduces a number of refinements to that system and related changes in some of the interface components in which the tab difficulty value is used. Notably:

See the previous feature write-up for additional information about the feature in general.

Bug Fixes and Other Minor Changes

For more information about FATpick, the tab player that listens, visit fatpick.com.