This tool was briefly mentioned in an older post but the tools menu has grown so much we thought the chord dictionary deserves a blog post of its own.

We think that FATpick's primary tab player with instant feedback is pretty neat, but we recognize that in order to become a well-rounded player that can't be the only way you practice. So we've included a number of practice tools to help you make the most of your practice time.

The chord database is one such tool.

The chord database is only a couple of clicks away from any screen in FATpick. Just open the tools menu

You can also use the keyboard bindings: first T to open the tools menu, then C to open the chord databse.

The chord database is organized as a simple "tree" that makes it convenient to navigate hundreds of chords and variants quickly and easily.

The first screen - the root of the tree - asks you to choose one of the 12 base notes (C thru B). 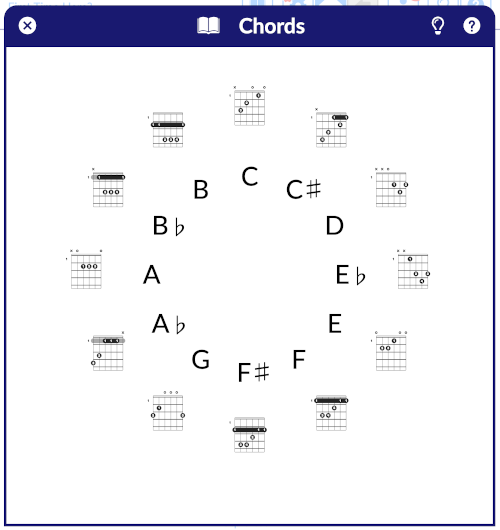 The second screen contains a list of chord types, such as "Major" or "Dim7". 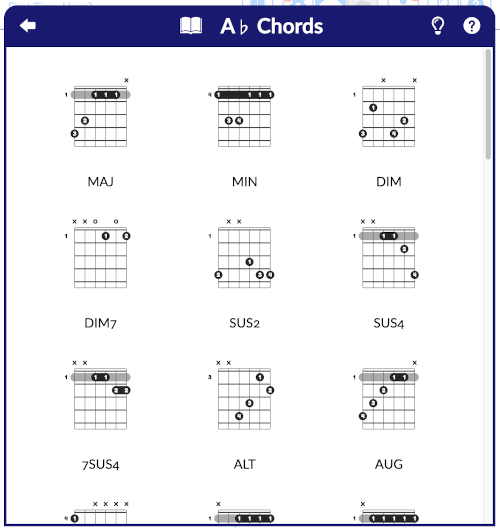 The third and final screen is a list of chord box diagrams that illustrate different fingerings of the chord you selected. 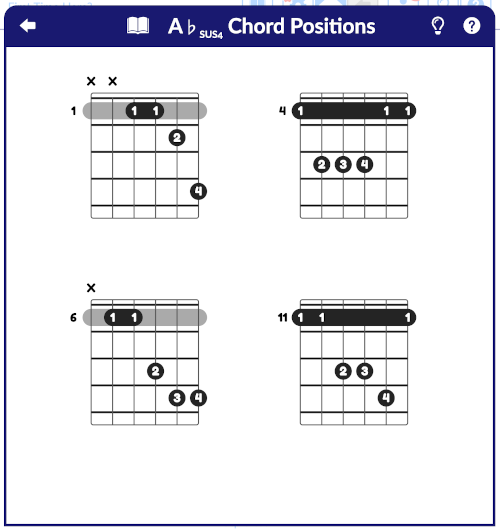 Use the back arrow button or hit ESC to go back up the tree.

Click anywhere outside of the chord diagram dialog box - or on the x button on the root key menu - to close the dialog box and return to the song you were playing (or wherever else you were in the that to begin with).

Do you play left-handed? Ever borrow a right-handed friend's guitar? You can use the hand icon in the lower-left corner of the screen to switch the chord database into left-handed mode, where the chord diagrams are flipped horizontally to mimic the shapes you'd use when playing a right-handed guitar flipped upside down (rather than restringing it).

Notice that every chord diagram in the database - even those shown in the menu navigation - will flip to left-handed or right-handed mode as approriate.

Click the hand icon again to toggle back to the right-handed mode.

Also see more posts by Edison, in Features, or in Tools.
Or, go to the latest posts from the Liner Notes blog.